Blending the physical and digital 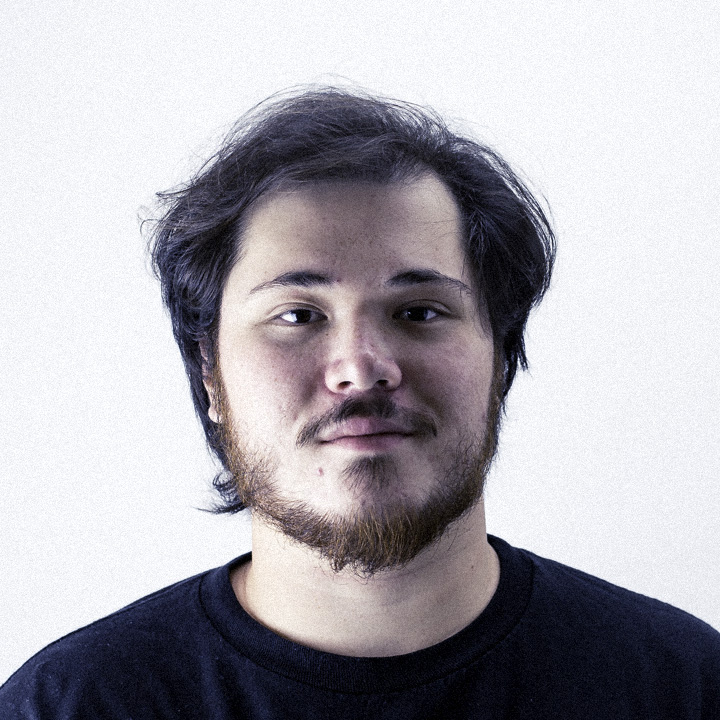 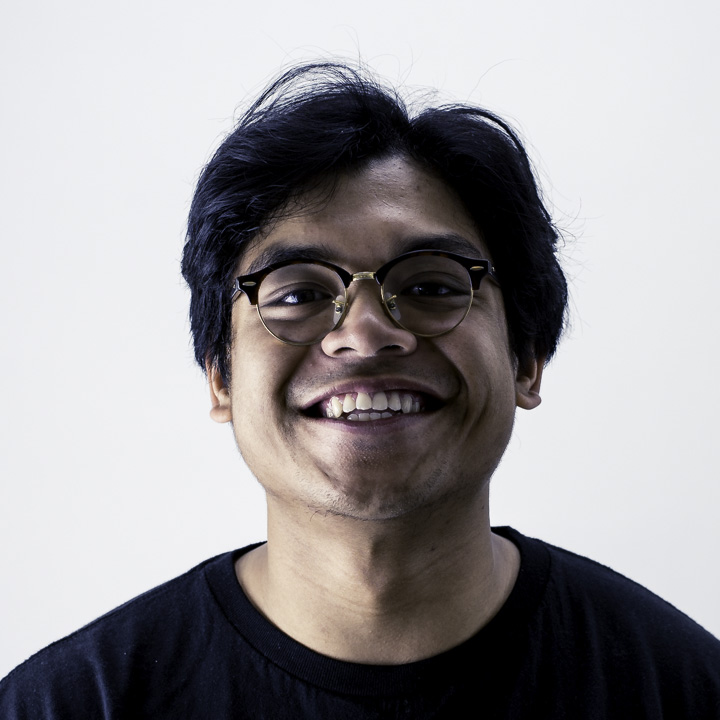 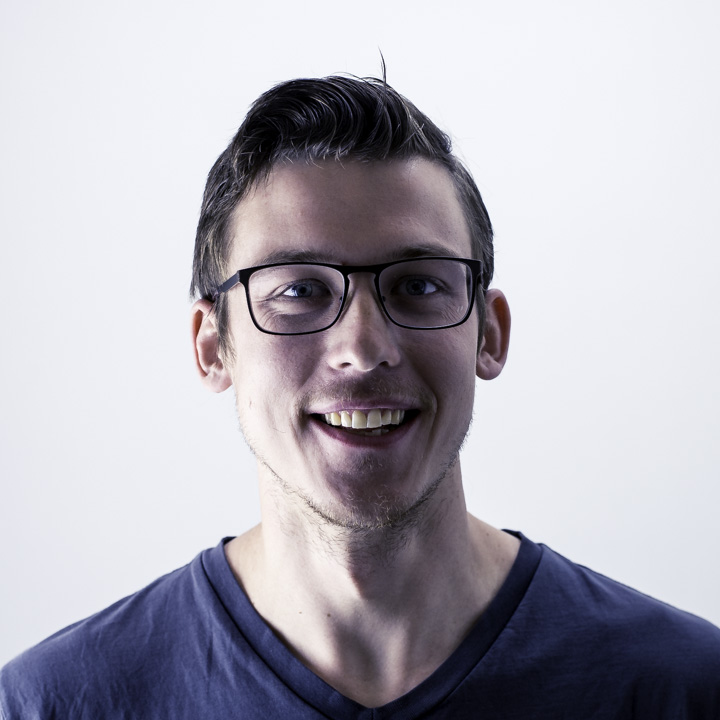 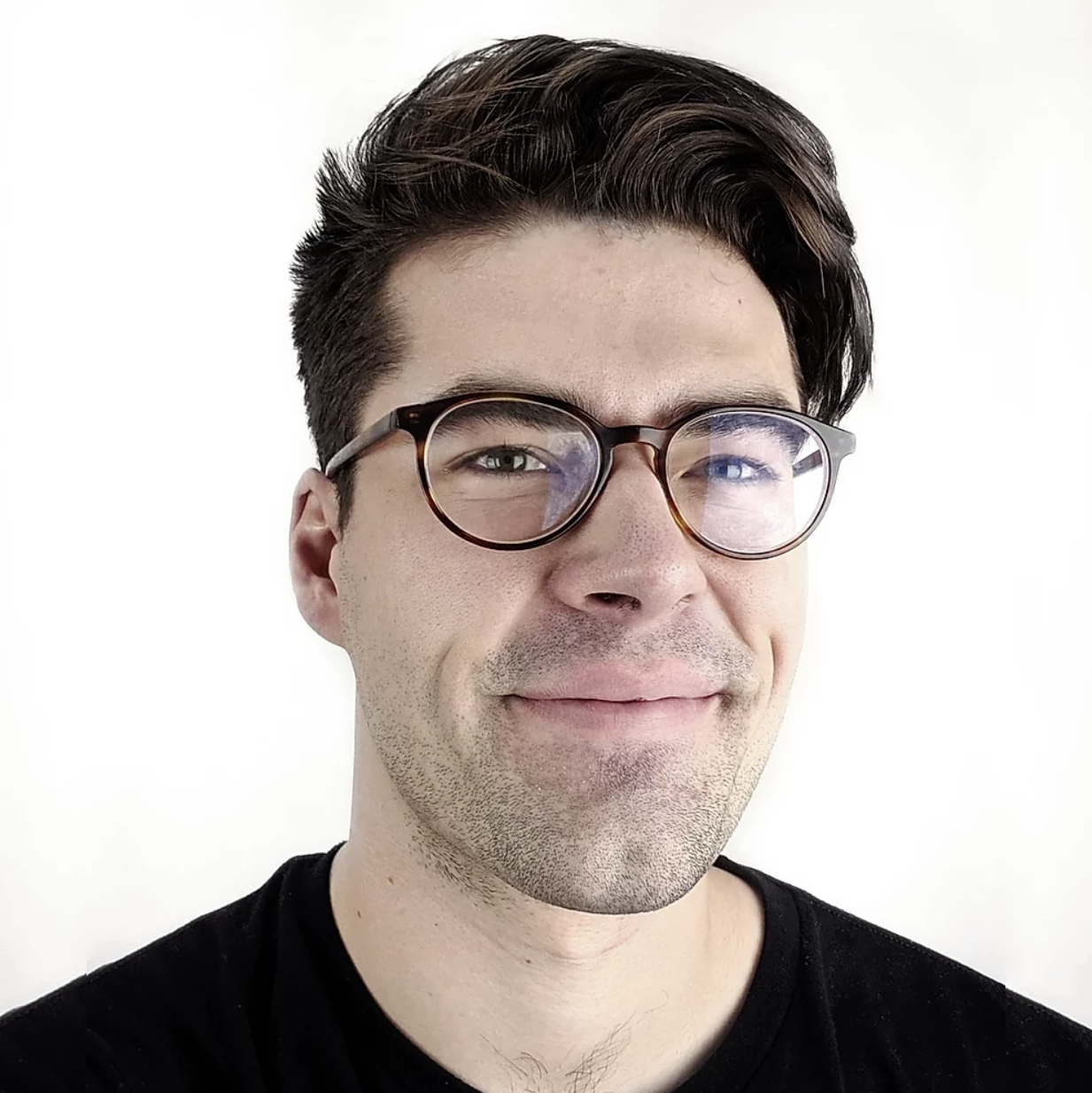 Capture is a project prompted by Acer's Concept D

We looked into the future of digital creativity and the border of analog and digital mediums. 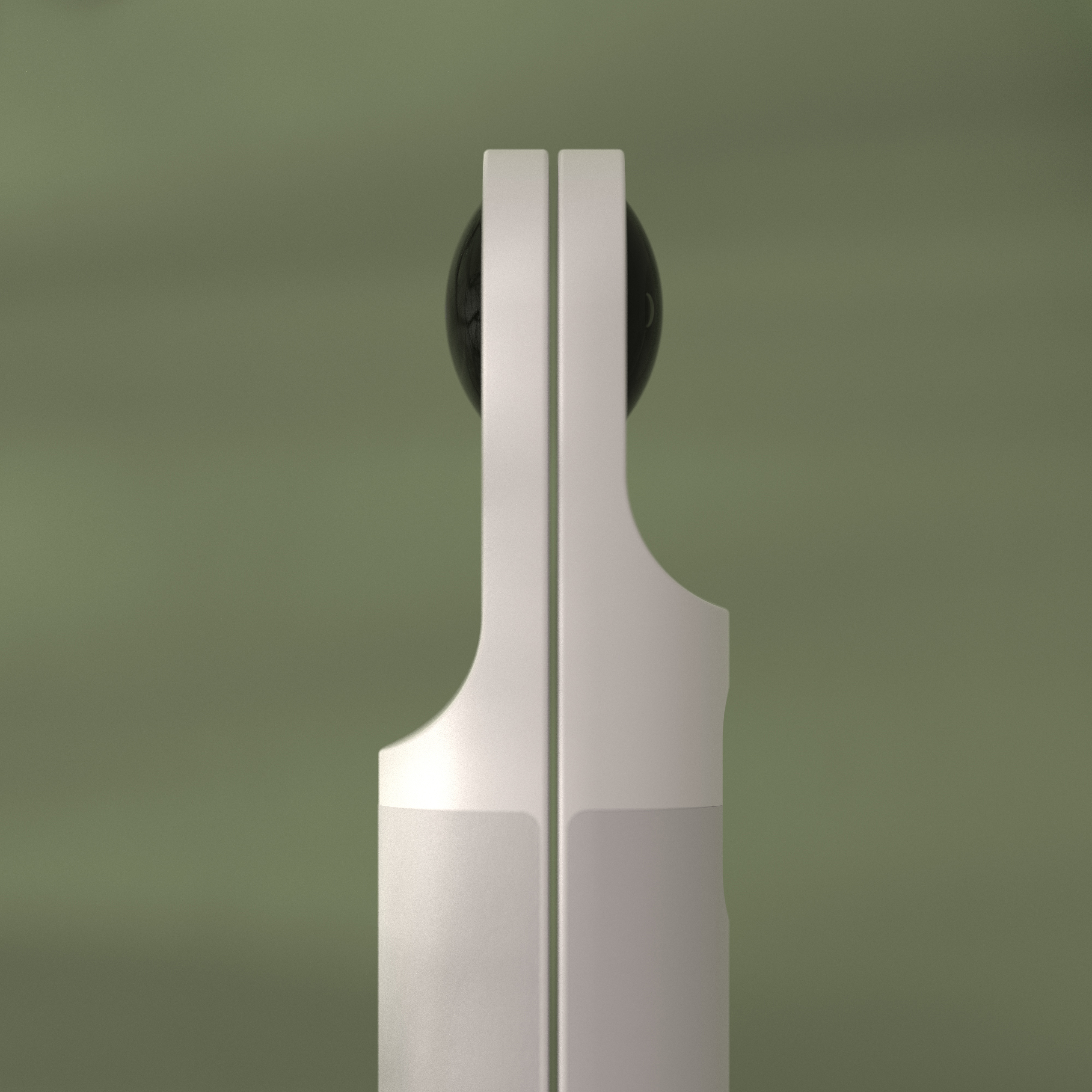 Two wide angle cameras work together to seamlessly
create a 360° digital copy of your environment. 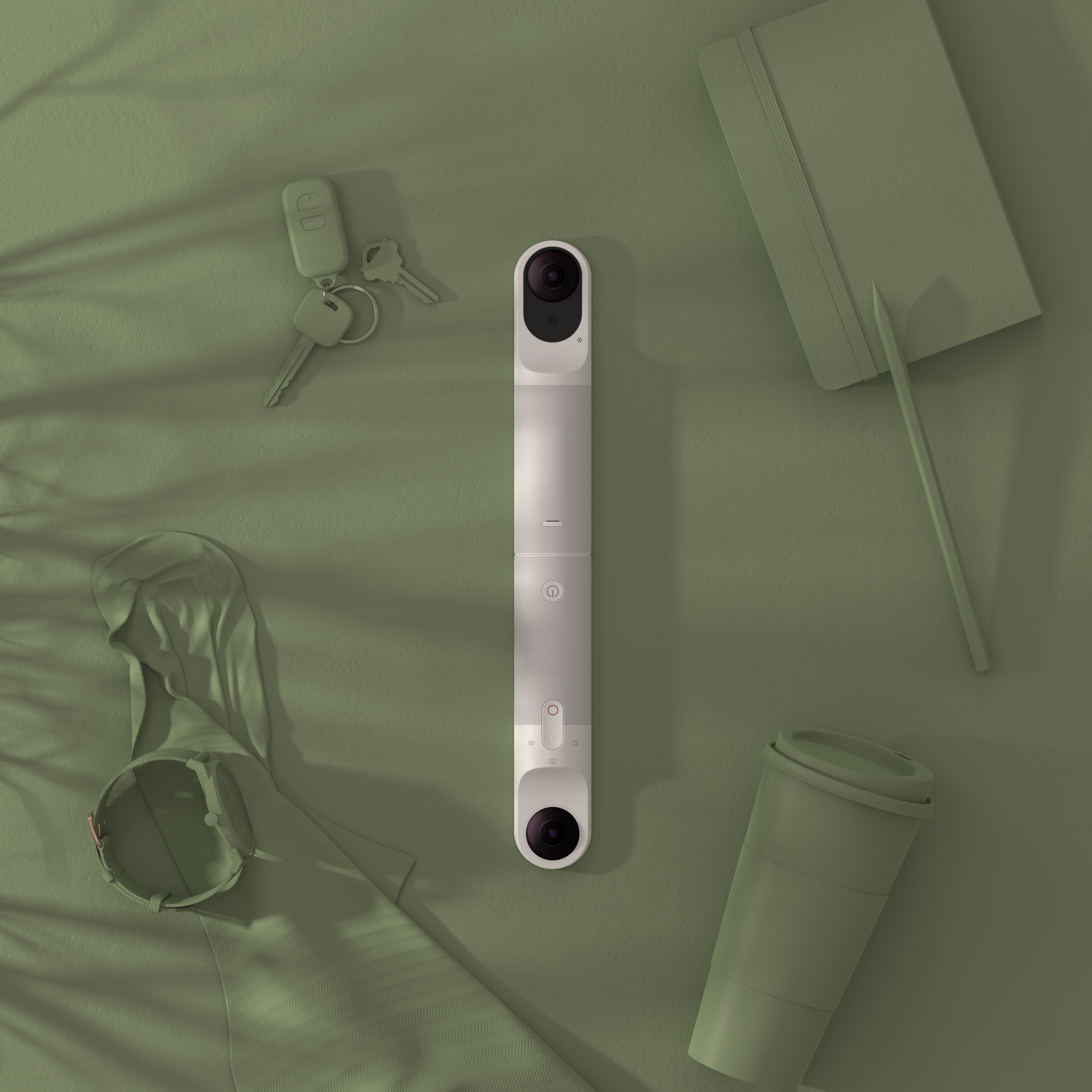 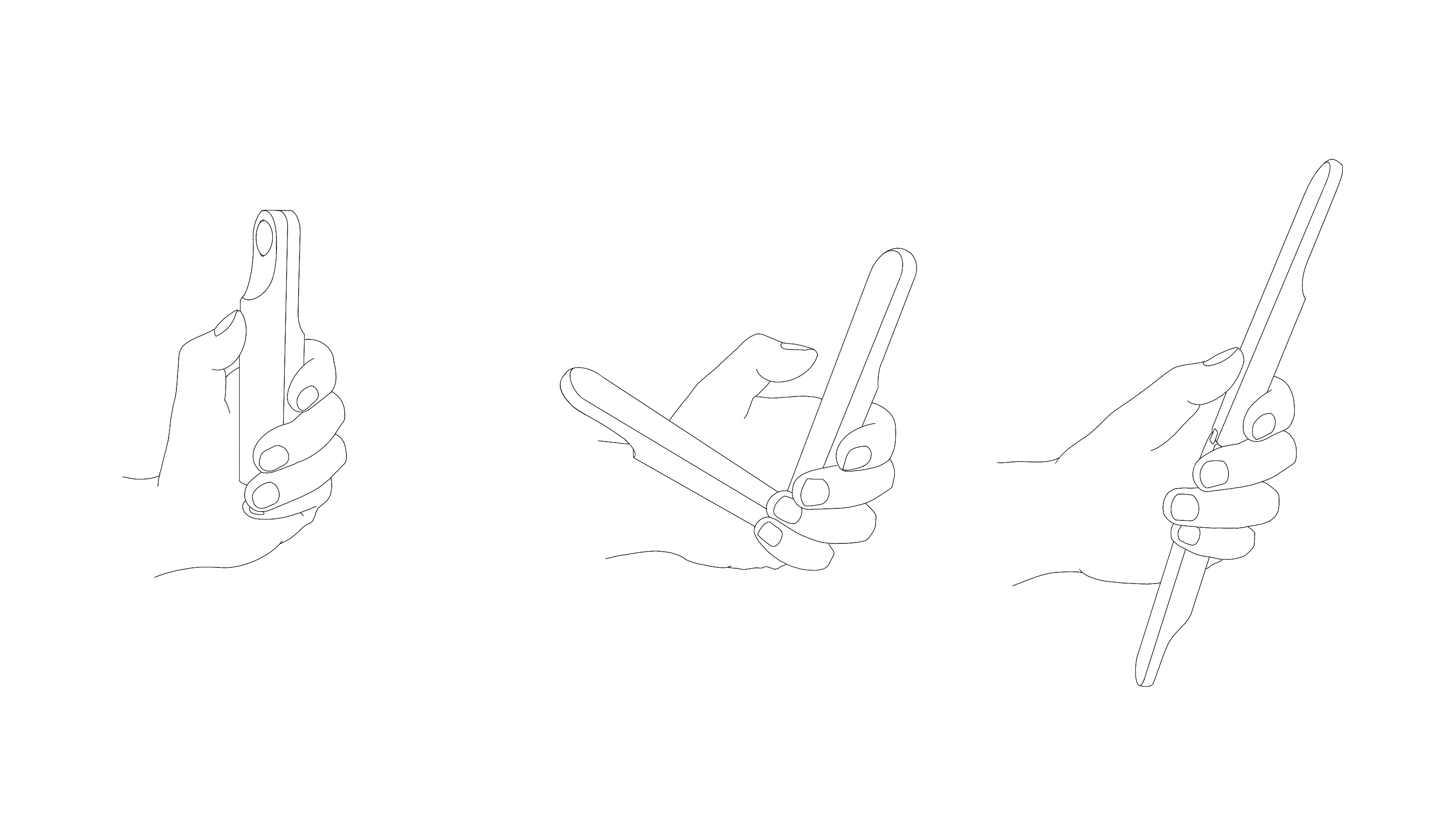 Pocketable, for whenever inspiration strikes. 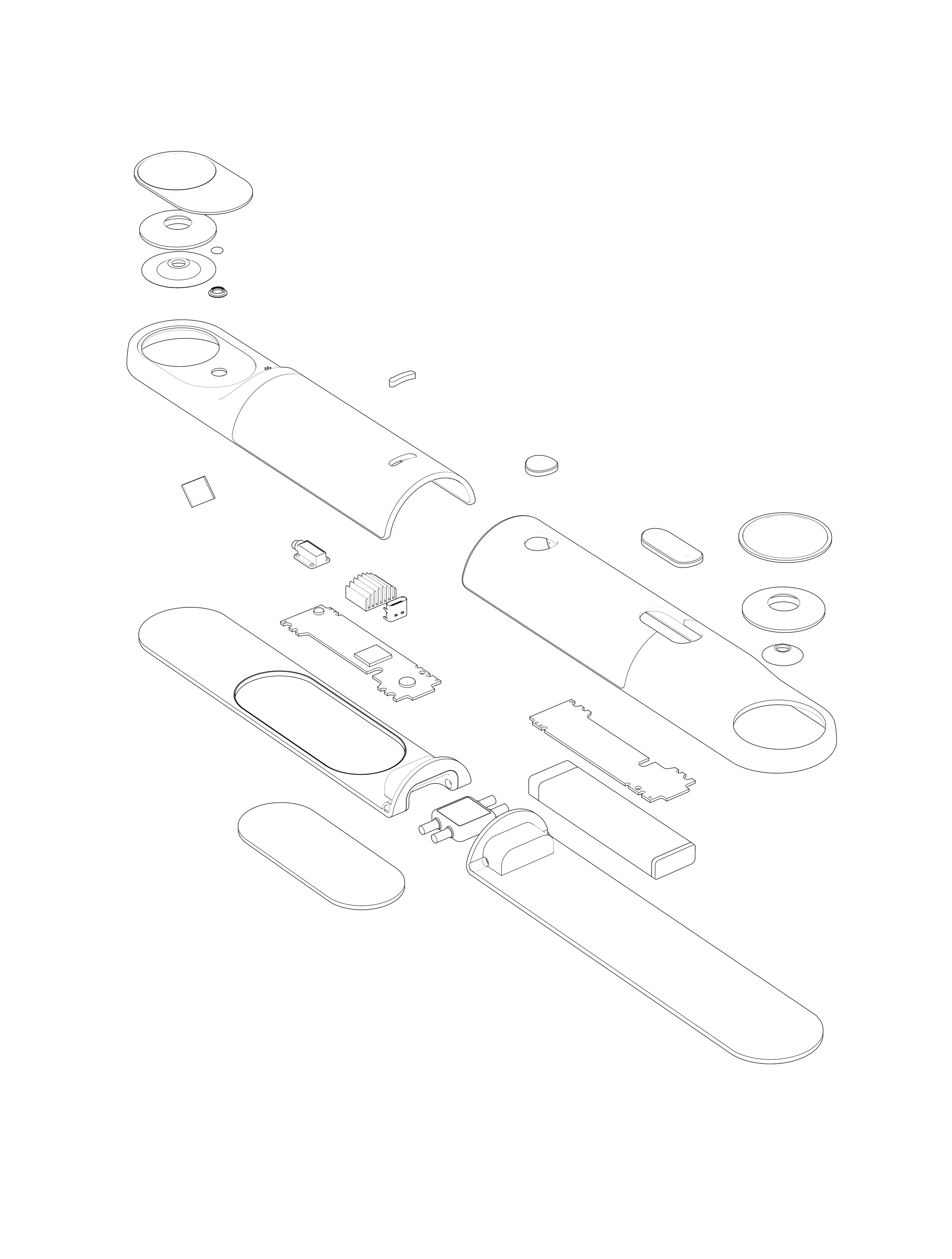 Concept D asked us to explore the future of the creative digital space.

We began by interviewing professionals.

“360 photographs are good for taking initial site photos, but that is used more to get a sense of the site for those people who cannot visit in person.”

“Designing in virtual environments is becoming a thing and it sounds like a great way to design, critique, and manipulate a design.”

“Typically site documentation is done with photos and notes, but you always miss something. New 360° imaging helps with that, but it typically requires contracting specialists.”

There was a clear need for a means of digitizing the physical world. Architects looking to document sites, designers looking to capture environments and validate, and artists looking to push boundaries.

Two tools reinforced each other.

3D scanning and 360° photography allowed users to fulfil their need of moving between the physical and digital world. Unfortunately both technologies suffer from limited accessibility. To better fit into the creative workflow, we looked at their weaknesses individually. 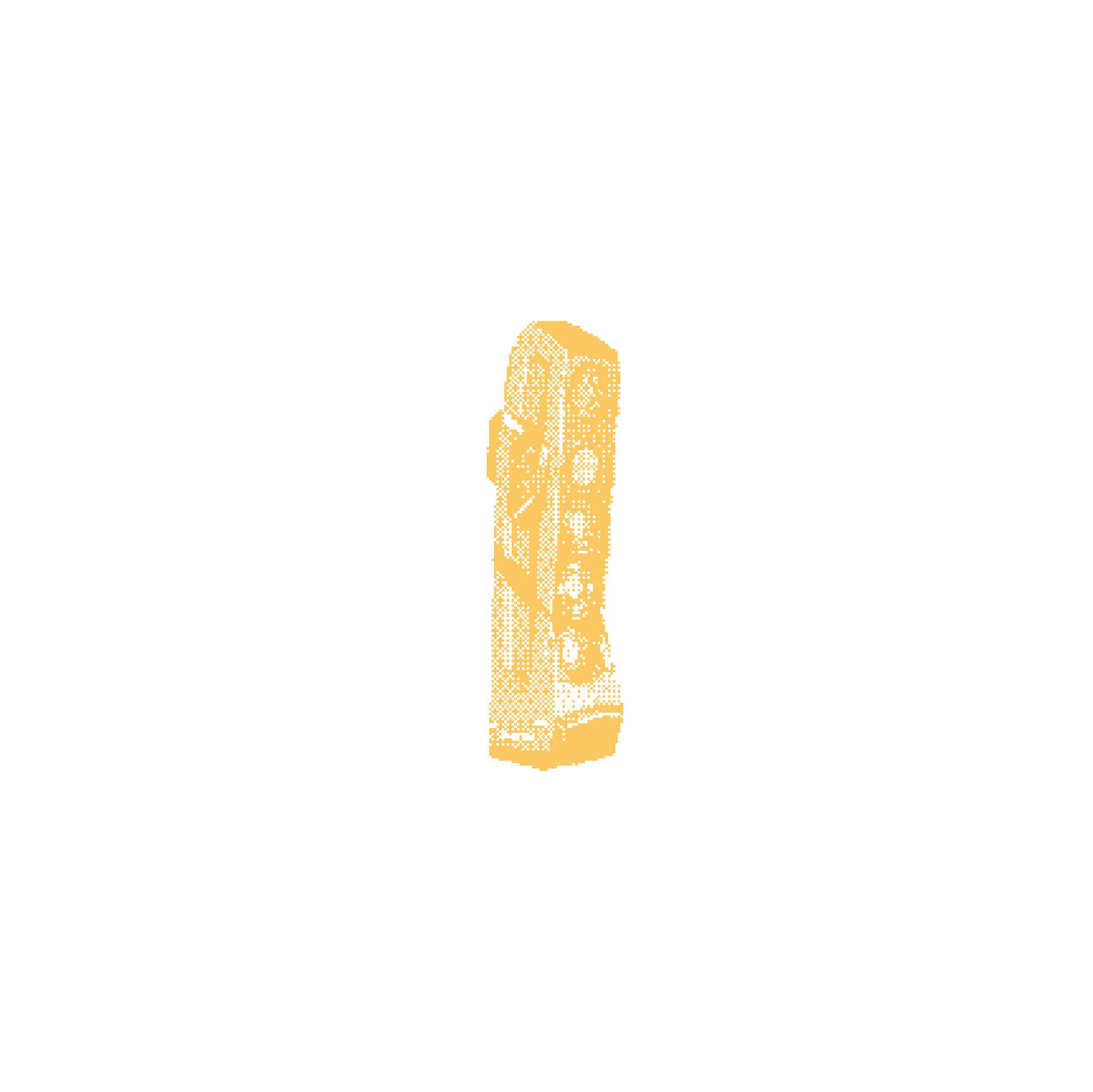 3D scanners are usually large and cumbersome units that take lots of set up and careful use to be accurate. This often causes designers and architects to hire contractors instead of integrating the technology themselves, creating dead time.

360° Cameras are expensive, making them inaccessible for many artists or designers who may only really get a singular use out of it. 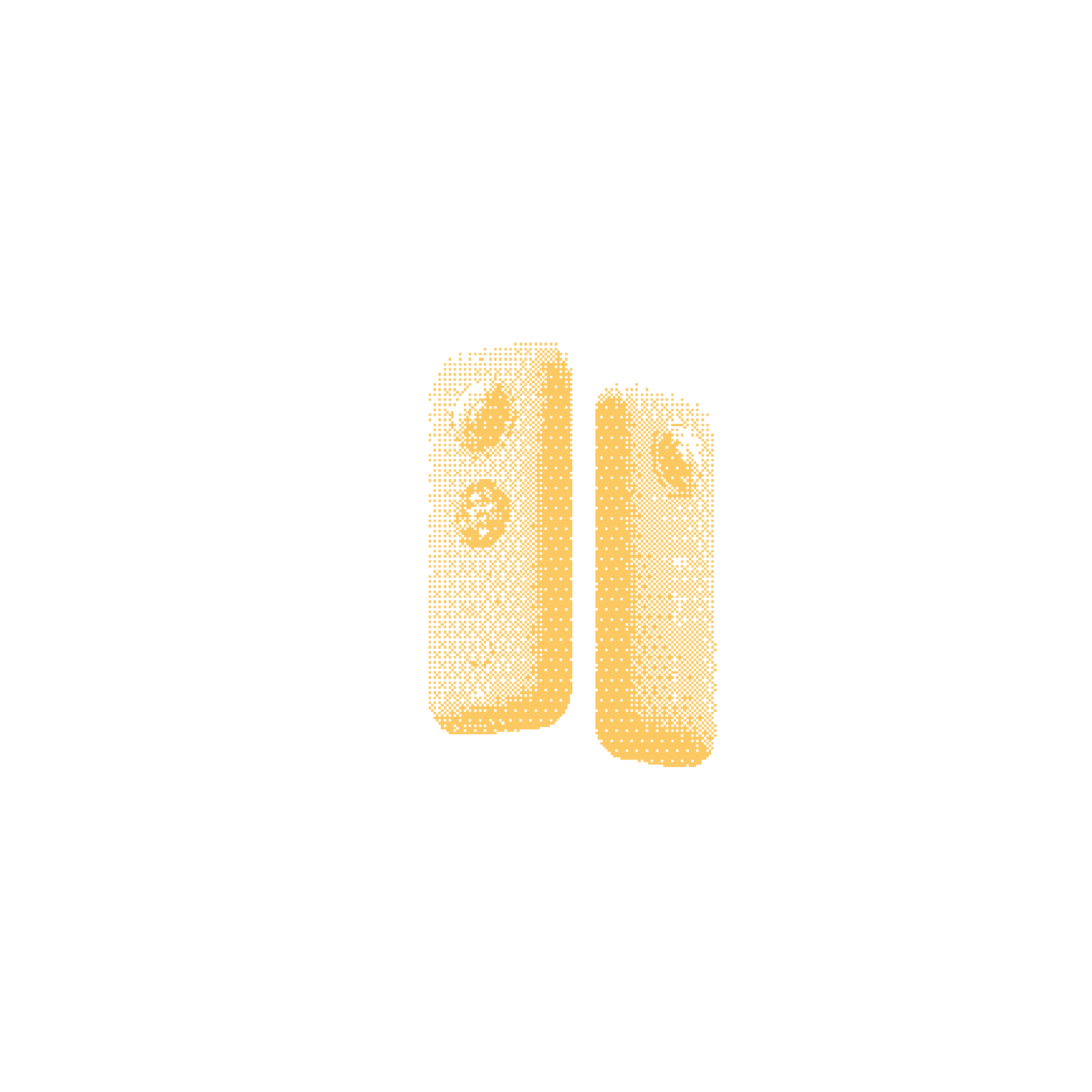 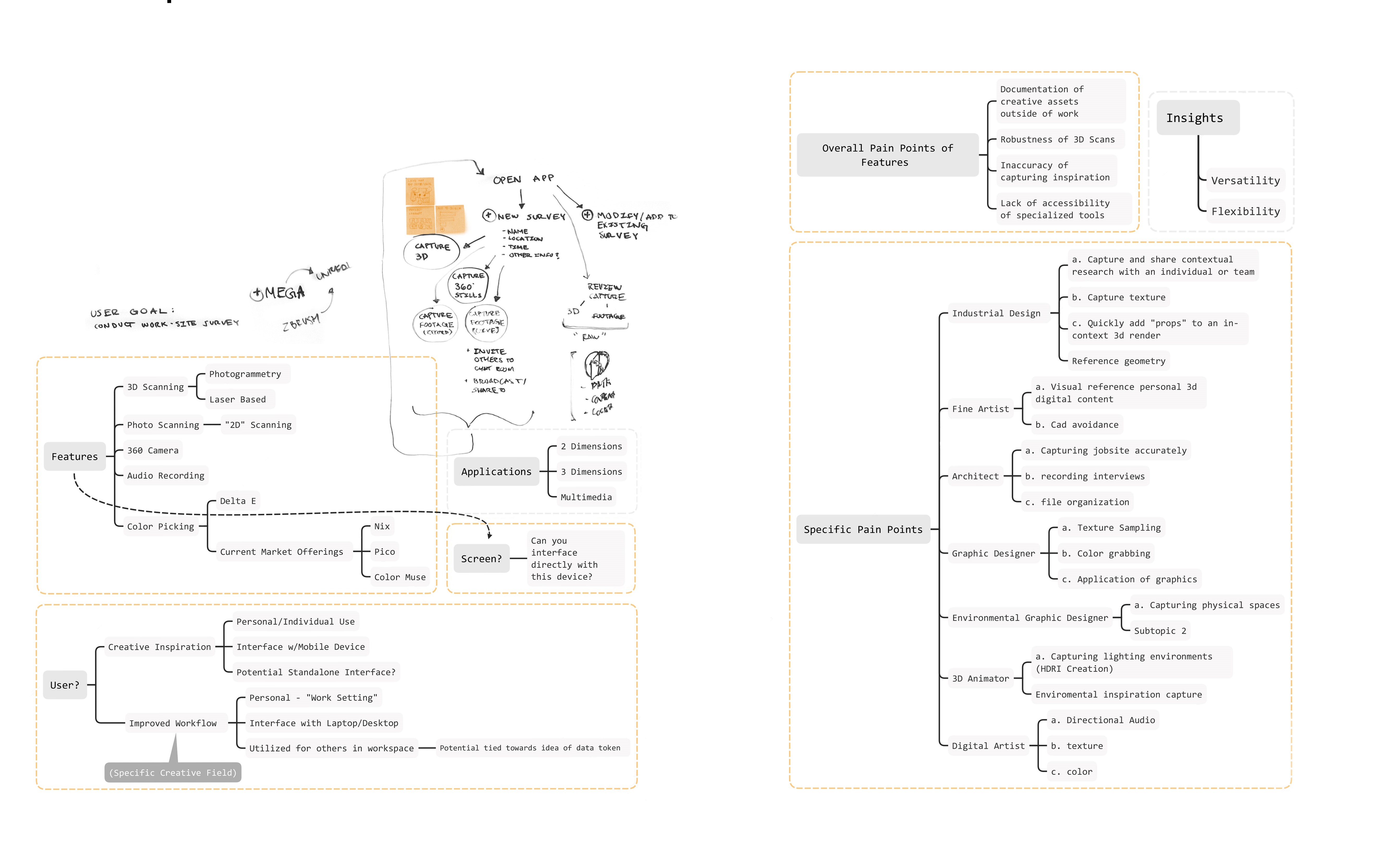 A hinged device that allowed for two cameras to switch between a 3D scanner and a 360° camera configuration proved to be an effective method of minimizing the required hardware and providing a compact, mobile package.

3D scanners use projected light to more accurately image surfaces, this process is called structured light scanning. To allow for a more compact device, we developed a method of using a mirror to reorient the projection.

We sourced a micro projector produced by Texas Instruments that measured less than a centimeter in length, allowing for the entire device to be pocketable. 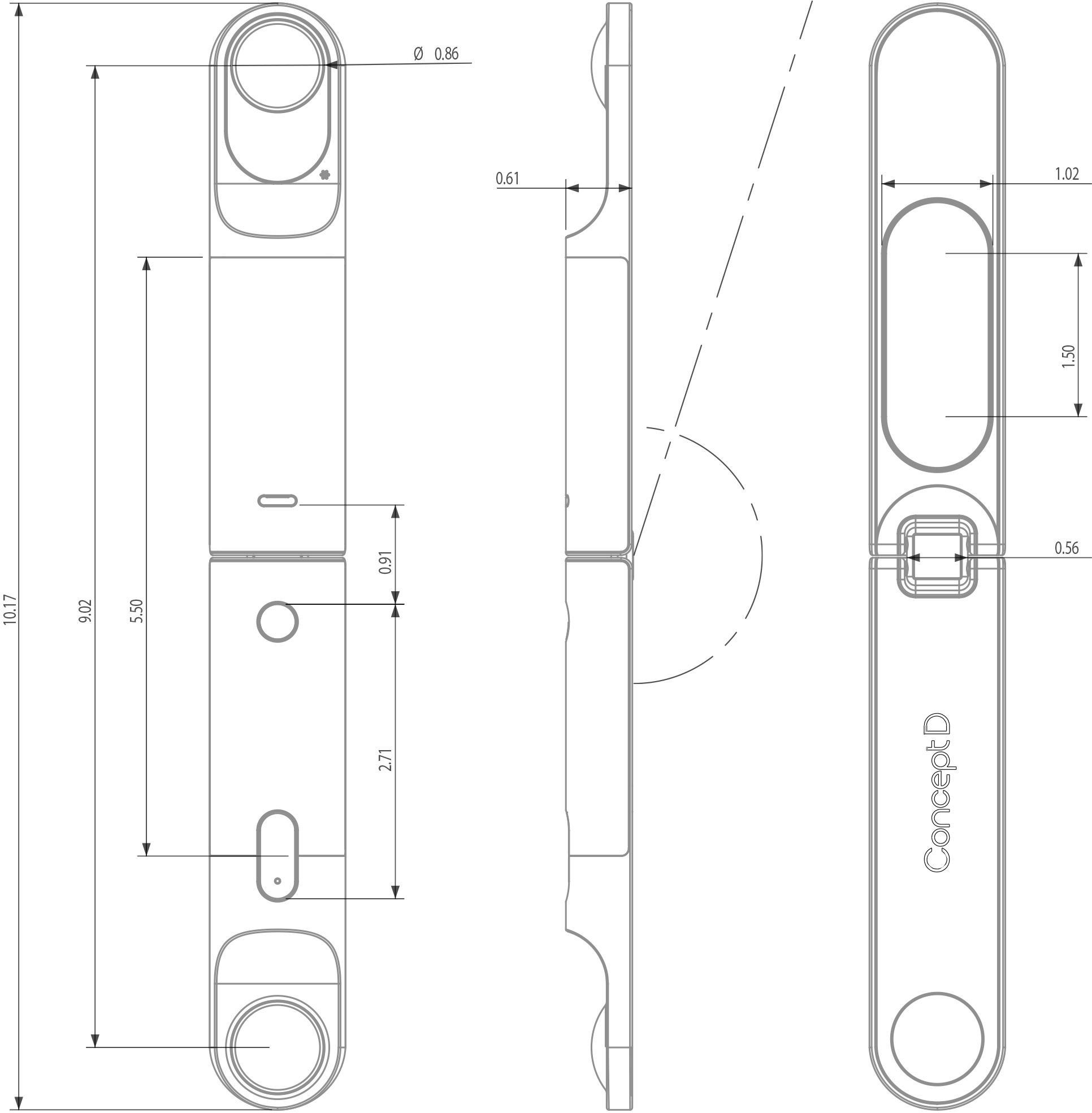 Special thanks to Acer, Concept D, and Rational Creative.